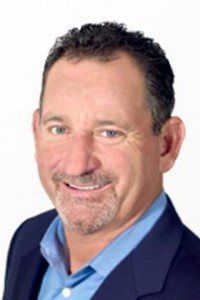 Mark was a 1979 graduate with a BA in Economics. While at Berkeley, Mark was an active member of Cal Beta for 3 years, holding the offices of Eminent Archon and Eminent Deputy Archon. Mark was part of a well known pledge class, known as the “fooled 23”, who were aggressively rushed in the fall of 1976. Immediately following their bid acceptance, these new pledges were informed that it was highly likely that the house was to be sold out from under them and that they should consider making other living arrangements. Fortunately for all of us, the Cal Beta Housing Corporation was formed that fall by a group of loyal brothers who purchased the property from Judd Landis and saved the house from probable demise. Immediately following this event, the house flourished with activity, IFC football championships, and many social events. The South Seas Party was annually ranked by Playboy Magazine as one of the “Top Ten” parties of the year across all colleges and universities. The movie “Animal House” was debuted in Spring of 1978 and Mark and his active brothers saw to it that the film was brought to true life almost every day at 2722 Bancroft Ave. As rush chairman in 1977, Mark led the recruitment of many great brothers including the start of the McGourty triple legacy! Upon graduation, Mark served as a very active member of the housing corporation in the ’80s and was a major contributor to the remodeling and construction effort several years ago. Mark remains very active with the University and the athletic department. He recently concluded a 6 year assignment to the UC Foundation as the appointed trustee for the athletic department and works very closely with Sandy Barbour, Jeff Tedford and Jack Clark on revenue generating concepts. He is an active board member of the San Francisco Grid Club, the primary fundraising and support organization for Cal football. Mark has only missed ONE duck dinner in the last 36 years! For many years, he would actually shoot the ducks at his duck club in the Sutter Buttes that were served up for dinner. He has been called upon to secure nearly every speaker over the last 10 years including Joe Kapp, Craig Morton, Mike Pawlawski, Doug Brien, Mike Montgomery and Rich Lyons (who pledged Cal Beta while Mark was EA). Mark’s greatest contribution to Cal Beta, however, came in the fall of 2004, when his son Ross joined the SAE house and helped spearhead the much needed growth and recovery of the Phi Alpha Spirit while serving two terms as Eminent Archon.

Mark is a seasoned veteran of Silicon Valley and has been directly involved with the bleeding edge of major technology events including the introduction of the personal computer, the internet and electronic commerce. Mark’s business career began while interning at IBM. Following graduation, Mark began a very successful sales and management career at IBM. He then spent several years in management at Tandem Computers and attended the Stanford Business School Executive Program in the summer of 1991. In 1995, Mark was hired as the Vice President of Western Sales at then privately held Netscape Communications Inc. He later became a key member of the management team that helped take the company public in one of the most decorated IPOs in the valley and earned him an article on the front page of the Wall St. Journal. Mark subsequently joined Commerce One, Inc. as Senior Vice President of Sales and once again helped lead the electronic commerce company to yet another IPO, this time eclipsing a market cap of $21B. Subsequently, Mark took on two CEO roles at Seven Networks and Real Clear technologies before founding his own digital signage and advertising company called The Sports Retail Networks. Mark and his partner introduced The Golf Network which was recognized as one the earliest and most creative digital networks in North America. Mark currently serves as President of BEAR Data Solutions Inc. in San Francisco, an information technology provider of products and services to customers like The University of California. Mark has been instrumental in building out a comprehensive suite of technology and cloud service offerings and is chartered with growing the company to record revenue levels.

Mark recently celebrated his 30th anniversary with his college sweetheart, Big Game Queen 1978, and little sister of Minerva from the Chi Omega sorority, Karen. Ross once again followed in his father’s footsteps and married his college sweetheart, Rebecca from Chi Omega in August. Last but not least, Mark’s other son Jeffrey, a great artist and honorary SAE from Pepperdine painted all the murals on the walls down in the pit.