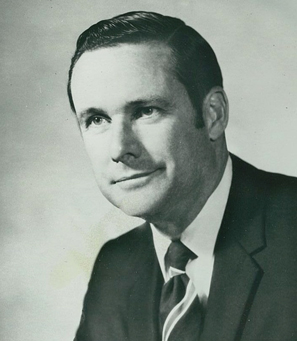 Brother Phil was born March 21, 1922 in St. Paul, MN, the son of a newspaperman, and moved to Oakland, CA at the age of three. He graduated from Piedmont High School and entered UC Berkeley in the fall of 1940, pledging SAE Cal Beta that same year. He met Joan, his future wife of 58 years, on a blind date set up by his SAE roommate Homer Hayward. For the next 60+ years, Phil led a life of distinction that truly captured the essence of what it means to be a True Gentleman.

When World War II began, Phil entered the Navy’s V-12 program which rushed undergraduates to graduation and then to Officer Candidates School. He graduated from Cal in 1943 and was commissioned as an Ensign on May 10, 1944, the same day he married Joan.

After the war, he attended Hastings Law School and worked part-time for a Bay Area newspaper to support his family of four, as sons Thomas and John were born during this era. Phil was admitted to the State Bar of California in 1949 and began his career in private practice in Oakland. He was honored as the Oakland Jaycees’ “Outstanding Young Man of the Year” in 1955.

Phil joined the legal department of Sears Roebuck in 1961 and spent the next 25 years of his professional life with Sears. During that time, the Knoxes crisscrossed the country as Phil was promoted with Sears. They moved to Los Angeles, then to Chicago, and from there to Philadelphia, then to Washington DC and finally back to Chicago. Phil finished his career with Sears as its VP and General Counsel, the company’s highest ranking legal officer, where he managed a legal department of more than 250 attorneys.

Following his retirement in 1986, Phil and Joan moved to Sacramento to be closer to their two sons and daughters-in-law, and to their grandchildren who eventually numbered five. While Phil had retired from Sears, he had not retired from life. He became “Of Counsel” to his son’s law firm. He also began teaching as an adjunct professor at Pacific McGeorge School of Law. He and Joan traveled the world, bought season tickets to Cal Football and integrated themselves fully into the Sacramento community.

Here’s a partial list of the organizations Phil was involved with and honors that he received AFTER his retirement:

While serving on the Cal Beta Housing Corp Board, Phil was responsible for the establishment of the Cal Beta SAE Educational Institute, Inc, a 501(c)(3) non-profit corporation. He also successfully negotiated the repurchase of 2722 Bancroft from a group of alumni investors in the early ‘90s. He gave generously of his time and money, both to the Cal Beta chapter and SAE National, where he is a member of the Devotie Society which honors SAE alumni with lifetime giving of $25,000 or more.

According to son Thomas, “Dad’s life was proof of the notion that nice guys do finish first. He had three major loves in his life. His first love was family – my mom, my brother and me, our wives and children, and his nieces and nephews, many of whom were also his godchildren. The second love was his God and the Catholic Church, where he was a weekly communicant. He grew up as an altar boy and later in life served as a lector. And finally, as if to show that sometimes the heart has reasons that defy reason itself, through thick and mostly thin, his third love was the California Golden Bears football team. The first two never let him down. The third was – unfortunately – sometimes a different story. Suffice to say that the Bears have not been to the Rose Bowl since 1959.”

“Dad’s membership in and life-long commitment to SAE were among the most important of the many attachments in his life. He was enormously pleased when my brother John pledged SAE at the University of Maryland. And had he lived long enough to see it, he would have been equally proud of his grandson Josh who led the effort to charter the new SAE chapter at George Mason University in Fairfax, VA, and where he served as its first Eminent Archon.”

“Among his closest friends were a handful of Cal Beta brothers from his era. Our families partied together. We vacationed together at the Lair of the Bear. And we attended football games together at Berkeley. After the games, we always returned to the chapter house where our parents renewed old friendships while we kids explored the house from the pit to the sleeping porches.”

“I’m afraid that the bare recitation of the milestones in my dad’s life fails to capture his true character. I recently re-read the SAE creed, The True Gentleman, which ends with the following words: ‘[a man] whose deed follows his word; who thinks of the rights and feelings of others rather than his own; and appears well in any company; a man with whom honor is sacred and virtue safe.’ I think that describes my father very well.”

Phil Knox passed away on September 24, 2002 following a long fight with cancer. Son Thomas shared, “Although he was in pain for the last year of his life, I never heard him complain. To the contrary, toward the end, he told us ‘God has denied me nothing in my life.’ By this, I think he was referring not so much to his professional or material successes, which were substantial, but rather to the enormously more satisfying achievements of a 58-year marriage that was rock solid and rewarding, a family who loved and honored him, and a large circle of friends, many of whom were SAE’s, who delighted in his company and mourned his passing.” 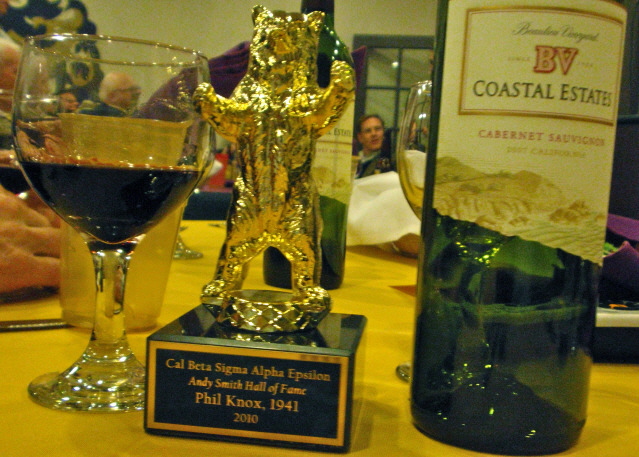