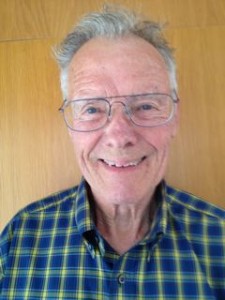 Rod Duncan was a package deal who Cal Beta pledged along with his Marin County H.S. classmate Dick Gallagher. At Cal he was City Editor of the Daly Cal and a Fellow in the Order of the Golden Bear. After graduation in 1954 he volunteered for the draft and became a special agent in the Army Intelligence, interrogating persons of suspicious backgrounds. Upon discharge from the military he was a recipient of a Coro Foundation grant and became the assistant to the Speaker of the State Assembly.

He later returned to the field of journalism and was a reporter for the San Francisco Examiner. He wrote the news report when our SAE lions were blown up back in 1957. His career plans changed when he was assigned to interview the mother of a convicted killer as soon as his execution was announced. He graduated from Boalt Law School and went to work in the Attorney General’s office in San Francisco. After joining a politically active law firm in Oakland, Fitzsimmons and Petri, he ran for the Assembly but lost to March Fong Eu, who later became California’s Secretary of State for a number of years.

Upon his retirement from the bench, he returned to writing fiction and non-fiction books. His best known book (which is still in print) is “A Judge’s Guide to Divorce: Uncommon Advice from the Bench”, a bible for those considering or in the midst of a divorce.

Rod was a very active member of the Cal Beta Housing Corporation for several years. When a class action lawsuit was filed by several plaintiffs against all the fraternities at U.C. Berkeley, Rod became Cal Beta’s point man, attending proceedings and letting our chapter know what was going on. The action was eventually dismissed by the trial judge.