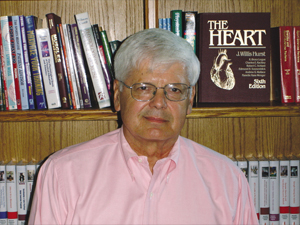 Jim Peterson was a great brother and friend during our time at SAE. One of the people that everyone enjoyed being around—even during Hell Week when Jim played a key role in some of the events. He was a talented athlete and instrumental in organizing the brothers and leading them to the Intramural Championship several years. I specifically remember him playing on the house handball, soccer, football, track, and basketball teams among others.

Starting in the mid-90’s, Jim took it upon himself to organize annual Stanford Game get-together’s of Cal Beta brothers from our years at Cal. He would handle contacting the brothers and arrange blocks of hotel rooms, dinners, tailgates, and block seating at the games. He spent a lot of time and personal expense in providing a venue for renewing old friendships that otherwise had lapsed.

Jim has a heart of gold and was always showing concern about brothers who were encountering difficult times. He encouraged one brother, John Sullivan, to write a detailed 460 page history of “The Big Game” and then published it under that title in 1983. Later when John was terminally ill, Jim arranged an overnight trip of about 10 brothers to have dinner and spend a day with John in Chico. Along with all of Jim’s accomplishments, he also embodies many of the ideals of a True Gentleman. And he’s got the best sense of humor I’ve ever encountered.