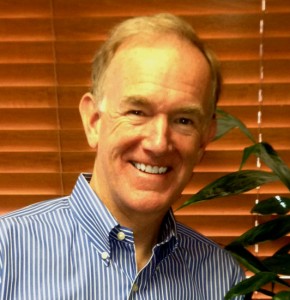 Todd Stone pledged SAE Cal Beta in 1975 and graduated from Cal with a B.A. in political economics in 1979. He received the Order of the Lion in 1995 for his service on the Cal Beta Alumni Association Board from 1986 to 2000, for which he was president from 1988 to 1994. He also served as president of the Cal Beta House Corporation. Married for 30 years to Betsy, he is the father of Madeline and Tommy, an SAE at the University of Puget Sound (Washington Gamma).

During his undergraduate years at Cal, Todd served as rush chairman twice and was Eminent Archon his senior year.

Since 1990, Todd has been president and CEO of Ray Stone Inc., a real estate investment firm, developer and operator of senior communities, shopping centers and multifamily housing in California, New Mexico and Texas. He is a Licensed California Real Estate Broker and Certified Commercial Investment Member (CCIM), a member of the board of CCIM of Northern California from 1998-2000, and its president in 2001. He is an active participant in both the American Seniors Housing Association and the National Investment Center for Senior Living and Health Care (NIC).

Todd’s values include a strong belief in serving the community of Sacramento. He joined the board of River City Food Bank in 2002 and was its president from 2005-2006. When his board term ended in 2010, the organization had more than doubled its income, built its reserves and strengthened its governance and operational procedures. Other human services organizations to which he has devoted his energies include Family Service Agency where he was board president in 1994-1995. In 1990 he was named National President of the Year for the Active 20-30 Club which is widely known in the Sacramento community for its work on behalf of area children’s charities. He is also a strong supporter of his alma mater, Jesuit High School, whose motto is “men for others” and was a member of its alumni association board from 1996-2008.

Currently, Todd is co-chair of the University of Puget Sound Parents Council and a member of the Homewood Homeowner’s Association Board. He previously served as a board member of the historic Sutter Club from 1995-1998.