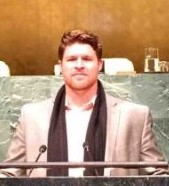 Jason was born and raised in Sacramento, CA where he attended Jesuit High School playing football and rugby for the JHS Marauders. Jason grew up enjoying the active outdoor lifestyle California’s capital had to offer spending his free time hiking, biking, hunting and fishing with friends and family.

Jason entered Cal and pledged Cal Beta in the fall of 2006. He described Cal Beta as, “the most well-rounded mixture of extraordinary gentleman on campus.” Footballers, rowers, engineers, politicos, and businessman—the house had it all. He joined Cal Beta because, “he knew he would be surrounding himself with the most diverse, successful, principled and fun fraternity of men on Cal’s campus.”

A Cal rugby player, Jason was elected team Vice Captain during his 4th year, and was an All-American Captain his 5th year winning four national championships throughout his five-year career. He graduated with a B.A. in Political Economy and Development.

Upon graduation from Cal, Jason was awarded a Major Stanley’s scholarship to pursue a master’s degree and play rugby at the University of Oxford. There he earned his Oxford Blue in rugby, he is one of only five Cal Bears to ever do so, and graduated with a Masters of Science in Sustainable Urban Development.

Jason still keeps in touch with many of his Cal Beta brothers and often shares sentiments about how important the Cal Beta Chapter was to his development as a son, friend, teammate, and man.