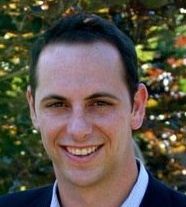 My grandfather, Jerry Patmont, was the head team physician for Cal athletics for 31 years and is in the Cal Athletics Hall of Fame. My mother went to Cal, as did her mother, my paternal grandfather (Jerry) and my brother. My own father, while not an alum, has had season tickets to football and basketball games for nearly 40 years. I never really had a choice, and I’m glad I didn’t.

As a young child, one way to lower the family expense of season tickets was for first myself, and later my brothers, to work as ball boys for the football and basketball teams. I was one of the kids mopping up the key during timeouts of basketball games first at Harmon, then for a few years at the Warriors arena, and finally at Haas. One of my fondest memories was watching the Bears upset Mike Bibby and Arizona in the last conference game of the year in 1997. Those Wildcats won their next 6 games and the national championship.

I spent about 6 years as a ball boy for the football team, so I’ve seen the highs and the lows. I remember standing on the sideline and seeing a clever student holding up a sign during the last game of the 2001 1-11 season that said “Tom Holmoe, thanks for the memories!” But I was also on the sideline the very next fall when a double pass in Jeff Tedford’s first game as head coach signaled the beginning of a 70-0 rout of Baylor and a new era. I even kept one of USC’s game balls when we upset them in 2003 in triple overtime (I put the ball on eBay and sold it to some SoCal USC bandwagon fan who was willing to give me $300 for it).

I came to Cal as a student in 2003 and began my career as a member of the Crew team. After an unfortunate injury, I became a full time student and eventually majored in Political Science. Being in Berkeley was as much of an education as anything I learned in the classroom.

But by far, the best thing for me about Cal was SAE. When I pledged SAE there were 9 brothers living in the house. The fraternity membership consisted of a few scattered seniors (and super seniors), no juniors, a handful of sophomores and a couple of freshmen. I pledged in the Spring because in the fall I had still been a member of the Crew team. My pledge class was 14 strong and, along with the pledge class immediately following, formed the foundation of the full brotherhood that would repopulate 2722 Bancroft after the reopening of the house in 2003.

Ross Biestman was the anchor that pulled the house together in the beginning, and it was through him and his leadership that we reinstalled some of the traditions that had gone missing. After Ross’s tenure as EA, I was elected by my peers to take the position. One of my priorities, and my proudest accomplishment, was to rid the house of the boarders that had taken up a majority of the rooms since the house had reopened after construction and make the Bro house just that – a place for brothers. At the start of my term as EA, we had a house full of brothers from all walks of life.

Once the house was full, the entire attitude and aura of Cal Beta seemed to come into its own. We had a house full of high achieving young men in both athletics and academics; we dominated the intramural circuit; we hosted great Game Day tailgates and wonderful social events; and we were a place where people from all walks of life were welcome and accepted. We had a hell of a lot of fun. The memories I made with these friends at Cal Beta are priceless – game days, cake fights, ping pong tournaments, Halo, Duck Dinner, the parties and of course South Seas.

Since college, I have made a habit of visiting the house at least once during the football season and have always attended Duck Dinner to reconnect with SAE and Cal Beta. My best friends from my days living in SAE are still my best friends, and I’m sure that will carry on for the rest of my life.

I graduated in 2007 with a B.A in Political Science and began my career as a researcher for CB Richard Ellis. I moved to Stryker in 2009 where I am currently the Marketing Manager.