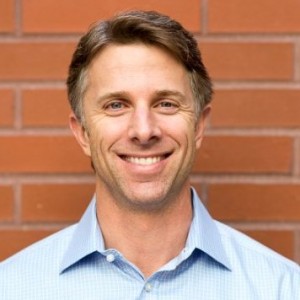 Josh Fisher has worked in the healthcare finance industry since graduating from UC Berkeley in 1994.  After many years on Wall Street, including five years at Pequot Capital, he founded PresPoint Capital, a healthcare investment firm managing $800 million. After eight straight years of positive returns (including 2008), he merged with Redmile Group in 2015 where he continues to invest in both private and public healthcare companies.

Josh has been a board member at Stiles Hall, a Berkeley community service organization, since 1995 and founded “Touchdown-for-Kids” 22 years ago, an annual fundraiser that helps low income kids get into college. Jared Goff has supported this the past three years and continues to help as a LA Ram. Most recently, Josh has begun working with UC Berkeley to build a 700-bed dorm located on Stiles Hall land.

Josh had a great experience as an SAE and held many roles as an active, including EA during Cal Beta’s 100th Anniversary in 1994.  Besides all the great memories and friends, he is very appreciative of his brothers who helped him navigate and survive at Cal.  As a way of giving back, he helps SAEs with career mentoring and has hired a couple Cal Beta interns over the years (one has now been an analyst for the past 3 years). He is proud to see that Cal Beta undergraduates are still volunteering at Stiles Hall.

Josh is a Trustee on the Ross School District Board and coaches many of his kids’ local sports teams in Marin, where he lives with his wife (Kara, also a Cal grad) and his three children, Gia 12, BJ 11, and Elena 9, all of whom hope to be future Cal Bears!