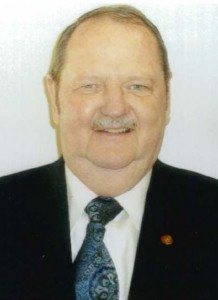 Perry A. Haviland, joined SAE in 1960 having pledged for two semesters. He lived at the house until January 1965 graduating with a five year degree from the College of Environmental Design in Architecture. The first class to matriculate from the then just opening Wurster Hall. A legacy member of Cal Beta, his father Carlton was also a Cal Beta 1922.

He started his own architectural and consulting practice in 1978, and has endeavored to mix those qualities of design excellence with the necessities of the implementation of codes and standards. He has received national recognition as a codes expert.

In 1992, Perry was elected to the College of Fellows of the American Institute of Architects for his distinguished service to the profession: “For twenty years, he has been an effective spokesman for the AIA and helped make building codes work better for architects and their clients”.

Perry currently serves on the Structural and Lateral Advisory Sub-committee of the State of California Building Standards Commission. He is the first alternate member of the Building Seismic Safety Council, a division of the National Institute of Building Sciences in Washington, DC. He serves on the CRSC (Code Resource Support Committee) a testifier group funded by FEMA to speak to seismic structural issues at ICC code change hearings.

In his firms practice, He is best known for his recent work as Master Architect of the conversion of Eastmont Town Center (ETC) from once a regional mall. Projects included an Oakland Library, the Public Health Department, Ambulatory Care, Social Services, Probation, Adult and Aging, Behavior Health Care Services: all operated by the County of Alameda. The City of Oakland added a Police Precinct, complete with jail and investigative services structurally designed to an essential service level in earthquake engineering design. The Federal Government joined in with a Social Security Administrative Center. Other community support groups joined ETC like the Center for Elder’s Independence with an Adult Day Care Center. Perry designed two such day care facilities each of approximately 10,000 sq. ft. in area.

Putting all the institutional work aside he has also designed many single family homes, including in: Moraga, Oakland, Los Gatos, Monte Soreno, Richmond, San Rafael, Napa and Castro Valley.

Perry donated his expertise and guided the 2000 remodel of 2722 Bancroft without a hitch with the Berkeley Building, Fire, Planning and Administrative Offices. Never lifting a pen or pencil himself to the actual task of construction or the remodel documentation. None the less he was instrumental in collecting and coalescing the energy of other brothers to the task to get the job done and opening the revitalized fraternity house.