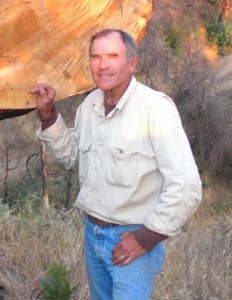 I was elected into the Cal Beta Hall of Fame due primarily to my involvement with the re-opening of the chapter house at 2722 Bancroft Way in 2003. Here’s the story as best I can recall.

In May 2002 the City of Berkeley, with support from the University of California, deemed the chapter house to be unsafe for habitation. It was then abandoned at the end of the semester by all the active undergraduates and boarded-up. There were no acting officers or boards for the two corporations that owned the property. Therefore, not only was there no oversight of the historical problems with the property, but also there was no plan for the future.

The property then stood vacant except for the ubiquitous Berkeley street people who decided to squat there. Fortunately there was a province archon, Dr. Michael Smith, who was aware of the situation and in July 2002 he called a meeting of any alumni he could contact. The meeting was held at the Olympic Club (where I am a long-time member) in San Francisco and about forty alumni and one active showed up.
Virtually no one wanted to get involved directly with doing something with the property except for myself, Will Bartlett ’94, Bob Leslie ’51 and Perry Haviland ’60. I became President of the Corporation, Perry the VP, Bob the Secretary and Will the Treasurer. In August I also recruited Brian Rogers ’92 to join the Board.

The University soon found me and made it clear that they wanted to acquire the property since it is a large parcel across the street from the campus and they needed space to grow. We had to decide what to do. After a few meetings we came up with five alternatives for the property: (a) swap the property to the University for another smaller, but habitable building, (b) donate or sell to the University at a cut-rate price (their wish), (c) sell to a third party at a fair market price, (d) tear the building down and rebuild a more appropriate chapter house, or (e) refurbish the house and bring it back into compliance with current codes. The board studied all the above options and obtained financial and other information on each alternative. Then, at our 2002 Duck Dinner held at the Golden Gate Yacht Club in San Francisco, a full discussion of the alternatives was held. I recall Paul Manolis’s impassioned plea at that Duck Dinner, “if you sell the Chapter House to the University, I will turn in my pin.” Over 80% agreed with Paul to refurbish the house and re-open Cal Beta by the fall 2003 semester.

So, under Brian’s fundraising leadership (which netted over $150,000), and Perry’s architectural skills, we started moving forward. Subsequently, both Ted Bartlett and Jeff Koblick joined the Board. Ted brought his real estate skills and Jeff his property management skills.

One of the first things we did was to transfer 100% ownership of the property to the 501(c)3 non-profit corporation, Cal Beta SAE Educational Institute, Inc. Then, based solely on personal loan guarantees of myself, Jeff, Will, Ted and Brian, we obtained a $1.3 million short-term construction loan. With critical input from all the Board members, construction was completed just prior to the start of the school year, a twenty-year mortgage was arranged and Cal Beta was re-started with just seven active undergraduates. Although modest in number, they were great in character, and the rebuilding process was underway.

It’s taken a few years and several successful pledge classes, but it is fair to say that SAE Cal Beta is once again back in the upper echelon of Berkeley Greeks. It has been my honor and privilege to remain on the Board for these past ten+ years and to play a small, continuing role in watching Cal Beta literally rise from the ashes — just like the symbolic Phoenix which SAE’s learn about during their pledge period.

Other information about me. I grew up in a small town, Watsonville, and came to to Cal knowing virtually no one. I joined SAE in 1960 and had a great group of guys to live with. Most of them have gone onto very successful lives helped immensely by their CAL-SAE experience. My undergrad years at Cal were perfect: I had what I was looking for: a good education, great social life, lots of intramural sports and lifelong friendships. As a student I was in ROTC so after graduation I was commissioned as a lieutenant in the Army and served in Viet Nam (not so great).

I then returned to Cal under the G.I. Bill and received an MBA in finance in 1968. I worked in commercial banking in San Francisco, specializing in international trade finance until I retired in 2002 (just in time to get involved again with Cal Beta).

I bought my current home in Berkeley in 1968 and still play a lot of tennis. I was President of the 100-year old Berkeley Tennis Club in 2010 and 2011. I have been married to Carol for 50 years this September — the brothers of SAE sang Violets at our pinning party back in 1964. Great memories.